“Man in the Dark is an undoubted pleasure to read. Auster really does possess the wand of the enchanter.”–Michael Dirda, The New York Review of Books

From a “literary original” (The Wall Street Journal) comes a book that forces us to confront the blackness of night even as it celebrates the existence of ordinary joys in a world capable of the most grotesque violence. Seventy-two-year-old August Brill is recovering from a car accident at his daughter’s house in Vermont. When sleep refuses to come, he lies in bed and tells himself stories, struggling to push back thoughts about things he would prefer to forget: his wife’s recent death and the horrific murder of his granddaughter’s boyfriend, Titus. The retired book critic imagines a parallel world in which America is not at war with Iraq but with itself. In this other America the twin towers did not fall and the 2000 election results led to secession, as state after state pulled away from the union and a bloody civil war ensued. As the night progresses, Brill’s story grows increasingly intense, and what he is desperately trying to avoid insists on being told.

Paul Auster is the bestselling author of The Book of Illusions, and The New York Trilogy, among many other works. In 2006 he was awarded The Prince of Asturias Prize for Literature and inducted into the American Academy of Arts and Letters. Among his other honors are the Independent Spirit Award for the screenplay of Smoke and the Prix Médicis étranger for Leviathan. He has also been short-listed for the International IMPAC Dublin Literary Award (The Book of Illusions), the PEN/Faulkner Award for Fiction (The Music of Chance), and the Edgar Award (City of Glass). His work has been translated into thirty-five languages. 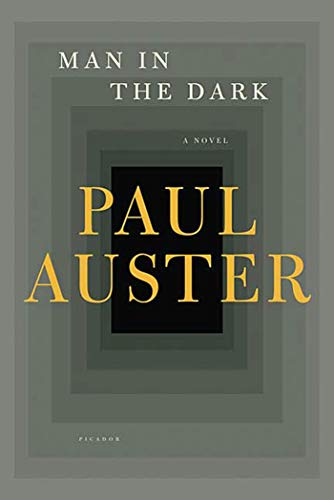 Paul Auster is the bestselling author of 4 3 2 1, Sunset Park, Invisible, The Book of Illusions, and the New York Trilogy, among many other works. In 2006 he was awarded the Prince of Asturias Prize for Literature. Among his other honors are the Prix Médicis étranger for Leviathan, the Independent Spirit Award for the screenplay of Smoke, and the Premio Napoli for Sunset Park. In 2012, he was the first recipient of the NYC Literary Honors in the category of fiction. He has also been a finalist for the International IMPAC Dublin Literary Award (The Book of Illusions), the PEN/Faulkner Award (The Music of Chance), the Edgar Award (City of Glass), and the Man Booker Prize (4 3 2 1). He is a member of the American Academy of Arts and Letters and a Commandeur de l’Ordre des Arts et des Lettres. His work has been translated into more than forty languages. He lives in Brooklyn, New York.

90s popstar Ben Wilde and his bride Lisa return from honeymoon to find a cuckoo in the nest and a surprise European tour in the diary. Lisa befriends neighbour Rosemary, who is also home alone while husband Nigel travels for work. But will the women’s grim suspicions be confirmed, or does absence make the heart…

The natural wonders of Iceland as well as the best thermal spa in the world, Icelandic culture, and the world-famous northern lights make Iceland one of the top tourist destinations in Europe.  If you enjoy nature, long road trips, and unusual attractions, this is a must-see destination. There are so many uninhabited places in Iceland…

The life of an EMT is demanding and unpredictable. To be the best, you need to know what you’re doing. The only way to get that knowledge is through textbooks, which can be difficult for students who don’t have a lot of time on their hands. But there are some great options available for those…

So, you’ve decided that you want to become a Navy SEAL. Great! That is the first step. Now you need a good guide to walk you through the process. We compiled a list of some of the best books to read on your way to becoming a Navy SEAL. There are a lot of good…

Three young adults grapple with the usual thirty-something problems — boredom, authenticity, an omnipotent online oligarchy — in David Shafer’s darkly comic debut novel. The Committee, an international cabal of industrialists and media barons, is on the verge of privatizing all information. Dear Diary, an idealistic online Underground, stands in the way of that takeover,…